India’s Similarities With The U.S.

Like the U.S. in the Early 1980s, We Think India Today Is Destined for Rapid Progress 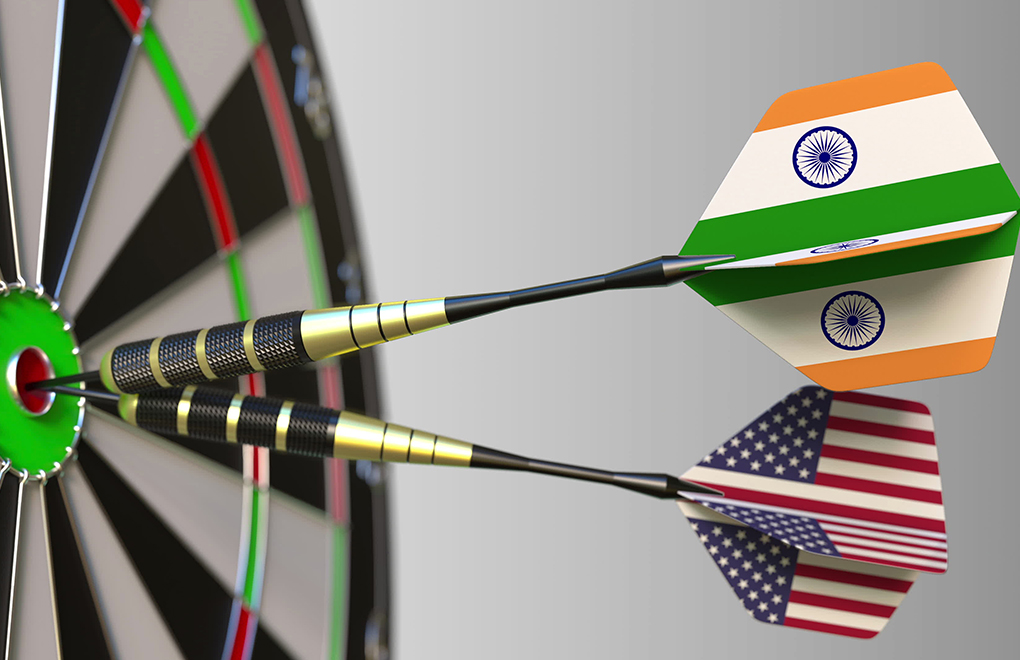 At Wasatch Global Investors, we’ve been researching companies in India for more than 15 years. And we meet on site with as many as 100 Indian management teams annually. Based on this bottom-up research, we believe India is poised to experience exponential growth made possible to a large extent by three megatrends: digitalization, financialization and formalization.

Digitalization involves the electronic storage, retrieval and distribution of information, and the ability to communicate, collaborate and be productive with the help of electronic devices. Financialization entails the creation and distribution of banking, investment, credit, payment and insurance services. Formalization refers to the greater transparency of economic activities and a better regulatory framework.

The resulting exponential growth is what can totally transform an economy in relatively short order—whether during the Industrial Revolution that began in the late 1700s, the Computer Revolution that began in the 1950s or India’s megatrends that we’re seeing today. Moreover, we believe the megatrends of digitalization, financialization and formalization should benefit our Indian holdings in particular. One reason for this is that we focus on high-quality small caps. And while exponential growth can be a decent tailwind for large companies, it can be a gale of sustained advancement for smaller companies that have even more headroom for expansion.

When we consider why the United States has had better economic growth than most other developed countries in recent decades, we believe the reasons include U.S. deregulation and other free-market reforms that began in the early 1980s under President Ronald Reagan. Additionally, we think the proliferation of self-funded retirement plans around that time helped create more of an “investor culture,” which has been positive for economic development. Beyond the pro-growth measures during the Reagan administration, former U.S. Federal Reserve Chairman Paul Volcker led the fight to reduce inflation, which peaked at 14.8% in 1980. Volcker took the unpopular step of raising the federal-funds rate to 20% in 1981. But he was vindicated in the eyes of most economists when inflation fell to below 3% by 1983.

Like the U.S. in the 1980s, we think India is currently experiencing the long-term effects of reforms and initiatives that have been bolstered under Prime Minister Narendra Modi. India’s forward-thinking measures have helped make the country one of the fastest-growing major economies in the world and one of the most-fertile emerging markets for finding attractive investments.

Even India’s “investor culture” is similar to that of the United States. In the U.S., there are individual retirement accounts (IRAs), 401(k) plans and other savings vehicles. In India, there are systematic investment plans (SIPs). The goal in both countries is the same: getting people who are still relatively young to take charge of retirement planning and to benefit from the powerful force of long-term compounding, mainly through investments in assets such as stocks and bonds.

Another parallel between the U.S. and India has been a willingness to fight inflation. In 2014, under the Modi administration, former Reserve Bank of India (RBI) Governor Raghuram Rajan took a page out of Paul Volcker’s playbook by raising the RBI’s benchmark policy rate to 8%. What followed, as indicated in the chart below, was a general decline in India’s consumer price inflation—which hovered in low single digits, down from over 11% around the time Rajan became RBI Governor in 2013. Recently, there has been a short-term rise in inflation, which is related to vegetable prices but is expected to be only temporary.

In a broader context, it’s important to note that the Reserve Bank of India Act was amended by the Finance Act of 2016, which allows the central bank to contain inflation within a specified target level. Therefore, inflation targeting has been enshrined in India’s constitution.

Also included in the chart is the pattern of U.S. consumer price inflation from the late-1970s to the mid-1980s. Since then, U.S. inflation has never exceeded about 6% and has averaged much less than that.

In addition to the U.S. economy having been more resilient than most other developed economies in recent decades, U.S. stocks—including smaller caps—have outperformed their developed-market peers. Similarly, in the years ahead, we expect Indian stocks to generally surpass most other emerging-market names. And if we’re correct about the overall health of the Indian economy, we’re also likely to see strength in the currency—the rupee—which could be another source of returns for dollar-based investors in the United States.

We believe the reason to rely on Wasatch for Indian stock picking comes down to experience. As mentioned, we’ve been researching companies in India for over 15 years and our firm is among the relatively few U.S.-based advisors that run actively managed strategies exclusively invested in Indian stocks. Additionally, compared to their benchmarks, many of our international, global and emerging markets strategies are overweighted in India.

With our India-only strategy—the Wasatch Emerging India strategy—we typically hold 30 to 70 positions. Although we can invest in companies of any size, we focus on small- and mid-cap companies that tend to have especially significant headroom for expansion. We think our deep, fundamental research of smaller companies is very different from many emerging-market managers and indexes that typically concentrate on bigger names.

Investing in small cap funds will be more volatile and loss of principal could be greater than investing in large cap or more diversified funds. Investing in foreign securities, especially in emerging markets, entails special risks, such as unstable currencies, highly volatile securities markets and political and social instability, which are described in more detail in the prospectus.

Diversification does not eliminate the risk of experiencing investment losses.

Information in this document regarding market or economic trends or the factors influencing historical or future performance reflects the opinions of management as of the date of this document. These statements should not be relied upon for any other purpose. Past performance is no guarantee of future results, and there is no guarantee that the market forecasts discussed will be realized.

ALPS Distributors, Inc. is not affiliated with Wasatch Global Investors.